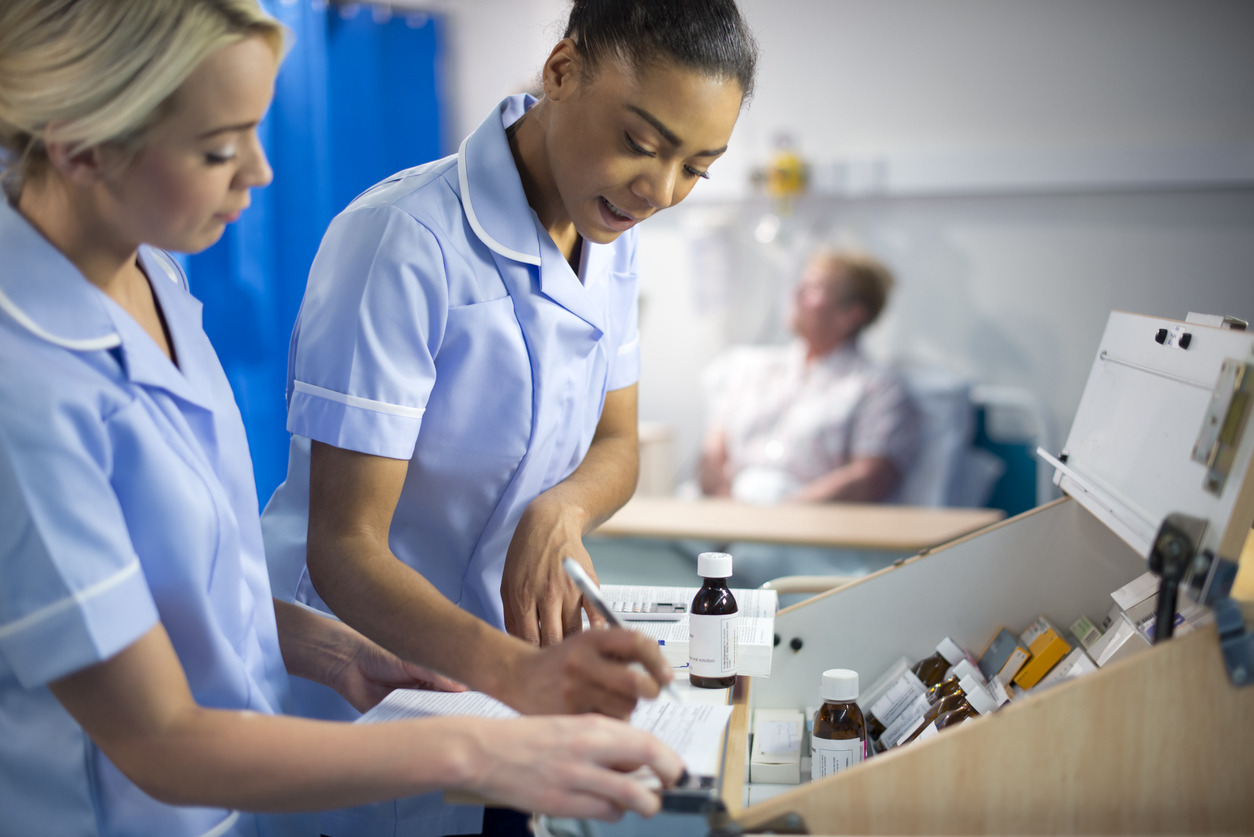 “People still wait for up to 10 hours for discharge.”

Christine Wadsworth is an experienced British pharmacist with more than 25 years of experience in the profession. She has worked in almost every pharmacist job you can imagine: first as an assistant at a local pharmacy in her teens, as a Consultant in ‘Boots’ – a UK chain of community pharmacies, in a clinical setting as a clinical pharmacist in Billinge Hospital in Wigan, England, then moving to Warrington and Halton Hospitals NHS Foundation Trust, and later on working at Halton & Helens Primary Care Trust. After experiencing disappointments from the workflow inefficiencies in hospitals, she decided to move from the clinical environment to the healthcare IT industry. So far, she has led the implementation of electronic prescribing and medication management systems (ePMA) for various providers in nine NHS Trusts. She is currently the ePMA Implementation Lead at Advanced.

We talked to Christine about her career, the development of the pharmacy professions, and how ePMA systems fall into hospital workflows.

For a warm-up: where does your interest in clinical pharmacy come from?

'My mother is a doctor by profession. She worked as a GP in my childhood years, and I often spent time in a dispensary attached to her practice. That was where I got fascinated by tablets. The clinical understanding of pharmacy as a profession came later. I remember how, when I was already working as a pharmacist, we visited a school and asked pupils what they thought a pharmacist did. Most saw them as shop salespeople; they did not know that pharmacists advised patients on medication. This is still a common perception people have of pharmacists.'

Was your perception different in your teenage years?

'I knew pharmacists also advised people, because when I was around 16, I worked as a Saturday employee in a local pharmacy. I got to know patient needs based on what they were asking.'

In your clinical career, you worked in very different settings – Billinge hospital was a maternity and gynaecology institution, Warrington and Halton Hospitals NHS Foundation Trust was an acute trust, and Halton & Helens was a Primary Care Trust. How did your work differ? 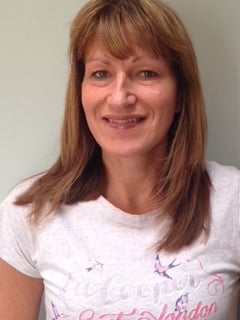 'It was very different from institution to institution. Billinge Hospital was very specific, because it had a few very different specialties – obstetrics, ENT, gynaecology, and mental health. This was very different compared to acute care trust. In Billinge Hospital I had various responsibilities. I worked as a dispensary manager for part of the week, and for the rest of the week I worked as a clinical pharmacist on clinical wards, and in drop-in clinics. Drop-in clinics were like a consultancy service for mental- health patients to discuss their therapies with a pharmacist. In the mental- health setting, there were quite a lot of relatively young patients who wanted to talk about their medications, but felt intimidated during the ward rounds, which were less private, because of the many clinicians present. It was hard for patients to express their feelings. After that, I worked once a week in a Boots pharmacy and partially in Warrington Hospital.

Warrington was very different – it is a large acute care trust, with many wards and a variety of responsibilities for pharmacists. In Warrington, you were a pharmacist in charge of a specific ward and its patients. We also had a higher clearance regarding the changing of medication compared to a mental-health setting, where the pharmacists have a more advisory role, since the therapy can only be changed by a doctor after he or she gets consent from the patient. While I was in Warrington, I also worked in two hospices, as a palliative care clinical pharmacist. My next job in Halton and Helens NHS Trust was again completely different, because it was a Primary Care Trust. I was assigned to eight GP practices, where I looked for cost savings, and did home visits to patients who needed counselling for their medication. Each job helped me with the next one, it gave me a deep knowledge of the patient journey, so I never regretted the changes.'

Did you rotate along many wards in Warrington? How does the work for a pharmacist differ based on the ward and the patient he or she is assigned to?

'When you are a junior pharmacist you do rotations, which means you spend time on various wards. When you are more experienced, you are typically assigned to one ward. As time went on, pharmacists specialised, for example working on palliative care or antibiotics. I enjoyed working on the wards, but it was frustrating to observe the discharge processes, and the amount of time patients had to wait before they could leave. It took up to five or six hours, or more, for patients to be able to go home, because perhaps a new medication was prescribed to them, their chart had to go to the pharmacy, or medications had to be prepared and returned to the ward.'

'Yes, some people still wait for up to 10 hours. Hospitals use various solutions to address the issue – they either have ward supplies to speed up the process where possible, and some send patients home, asking them to come back later for medicine. It varies a lot from institution to institution.'

There is a saying that when you see one hospital, you have only seen one hospital. Every one is different.

'Indeed, each ward is different, and the differences are enormous. It all depends on who runs the ward, and how the work is organised.'

Is it possible to say which specialty is most demanding with regard to the medication reconciliation a pharmacist must do?

'I started on an orthopaedic ward, which was not too demanding. The patients brought their medication with them. I would say that the most demanding or stressful unit was the medical admission unit, where patients from urgent care were assessed. This was demanding, because there was a high turnaround of patients. These were very different patients, and sometimes they stayed there for only a day or two.'

What was the longest patient stay in your career? What did medication management for those patients look like?

'Stroke wards have patients with long hospitalisations, and there are recurrent chronic patients on many of the acute wards. I remember a patient that was admitted due to a traffic accident, and was hospitalised for two years. You could see how long-term patients faced ups and downs. They sometimes get prescribed antidepressants, and their medications often change. Since their records were on paper while I was working in the hospital, it was difficult to keep track of all their medication. If you wanted to look at their medication history, you had to go through a lot of paper documentation. An ePMA would have definitely helped with these patients by providing a clearer prescribing-history overview.'

ePMA systems are only at the beginning of adoption in many hospitals in the UK. Did you have any experience with them in your clinical practice?

'Warrington Hospital had an ePMA system for a while, which was piloted on two wards before it was removed, and it was not well-received by many of the nurses. The benefits of the system were not visible to the users. Pharmacists did not like the system either, due to the poor user experience. I remember that pharmacists were even reluctant to go to the wards that had the ePMA. This situation may well have improved by now, perhaps by using a different ePMA system.'

You received quite a few experiences with ePMA systems in your career change. What drove you from clinical practice to healthcare IT?

'One of the healthcare IT companies was looking for a pharmacist, and the position seemed perfect for me. I have a broad understanding of pharmacists’ work. I understood what an ePMA system could do in a hospital, so I felt I could contribute to the development and implementations of such products in my new role.'

How was it for you to work with IT people, since they have their own perceptions and ideas regarding system improvements and the way clinical work-flows could or should look?

'IT specialists have assumptions about how IT systems will be used in healthcare, and how they will be perceived by users. They believe that people will rely on decision support when, in reality, you cannot assume that anyone will do anything. Some hospitals want specific alerts, and others do not. When too many alerts pop up, users do not read warnings, or even turn them off. Then a medical error happens, and the users will say the system did not warn them about things like allergies. It is vital for decision support systems to have different levels of warnings.

I recently read the book Four Tendencies by Gretchen Rubin, which I think applies very well to healthcare. The book talks about the four ways in which people work. We can take a medication prescription as an example. Some people will flat-out refuse to take them. Other people will ask, ‘Why do I have to take this?’ and if you provide them with a satisfying answer, they will take the medication. The third group of people will require testing, and constant re-confirmation that taking the medication makes sense. Then, there is the fourth group of people, who will take medication without question, because they always do as they are told.

Prescribers may have similar tendencies during their working practice, so when you present a new system to them, you will need to present it to them in different ways, depending on whom you are facing.'

Tjaša Zajc is a former healthcare journalist, curious about how technologies are healing healthcare globally, and how to connect the right stakeholders for the best benefit of the patient.