When University Hospitals Plymouth NHS Trust decided to procure an electronic prescribing and medication management system, it was hard to imagine that it would take almost seven years before the system would be used in clinical practice. Without a doubt, making the decision to choose and implement any healthcare IT project is a complex undertaking. But, perhaps one of the factors with the least measurable impact in that journey, from choosing and buying a product to introducing it in clinical practice, is the human factor.

The team is everything

The primary base for the successful execution of a project is a good team. So, what exactly does that mean? “You need people that are open minded about change, that have good interpersonal skills, and are able to convey the message to others as well,” says Duncan Cripps, Lead Pharmacist for electronic prescribing in University Hospitals Plymouth NHS Trust. One such person is Eoin Barnes, the eHealth specialist nurse from the same hospital, who applied for the job while still working at Royal Berkshire NHS Foundation Trust. “The care in the ICU where I was working was very technologically intense. All the devices and computers needed to be up to date and work flawlessly. I was always interested in machines and I somehow always managed to get things to work, even if there was an error, so colleagues would come to me if they had a problem. This was one of the reasons I was interested in the eHealth job,” he reflects today. 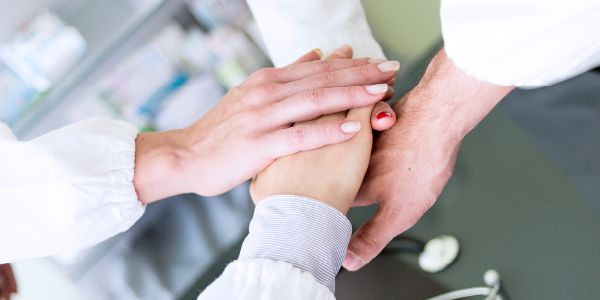 Barnes sees his current role as that of an ambassador of technology who helps staff engage with the changes that digital transformation brings. “The non-clinical staff have a very limited understanding of the pressures involved in a clinical workplace. It is always uncertain to a degree, and this can impact interest and attendance at meetings intended to address new software. Therefore, users feel more comfortable talking to me than to healthcare IT specialists. They can identify with me as a clinical colleague, not someone that does not understand workflows and the strains of the clinical reality.” As a result, staff is a lot more at ease when asking about upcoming changes and the best ways to approach them.

People have high expectations of technology, but also fears

Expectations about the impact of technology on making medicine more precise and decreasing the number of medical errors are high. Today, the populistic beliefs that AI could ever replace doctors are mostly gone, and they have been replaced by the realisation that AI will, at least for quite a while, serve primarily as decision support. Even if, to a degree, it will help reduce the need for staff, this is good news, since projections about healthcare staff shortages are grim. According to the World Health Assembly, the world will need 9 million more nurses and midwives if it is to achieve universal health coverage by 2030. In 2019, the Association of American Medical Colleges (AAMC) predicted a need for between 46,900 and 121,900 physicians by 2032. However, in his analysis of these estimates Perri Morgan, a professor in the Department of Family Medicine and Community Health, warned that when including nurse practitioners and physician assistants in the equation, a narrower gap between physician supply and demand can be anticipated. Nevertheless, healthcare systems around the world are in dire need to seize the countless opportunities for healthcare improvement and optimisation. Longer life spans and expensive precision drugs are just two of the causes for the alarming rise in healthcare costs. Some of these costs could be curbed with the help of technology. The problem in practice is that users may still fear technology. “The biggest block to digital change we see with users is the fear that something in the software or hardware will not work, and that there will be no one around to support them. Then there are all the log-ins, PINs, etc. With a paper chart, you only need to find it,” says Eoin Barns. He advises hospitals to first organise basic IT training for the most concerned and the least “digitally savvy” users.

There are several steps to successful adoption. For example: building an electronic prescribing team in the hospital which includes all the representatives of future users, and organising clinical engagement days where staff can learn more about the upcoming changes, and test or learn to use the new software. This can be harder than it sounds. “We organised multiple events and produced communication materials – both virtual and physical newsletters – and had posters around the Trust to raise awareness about the project. However, what we couldn't provide was time for stakeholders to attend events or complete training outside of attending in their free-time. In advance of our pilot, either there wasn’t any immediate concern to complete training, as the project was perceived as something that would not affect them until much further in the future, or they were concerned that they would forget how to use the system if they didn’t do training the day before the “go-live” – and this was not ideal for getting the pilot signed-off for deployment,” said Leo Martin Scott, Lead Pharmacist for electronic prescribing at Somerset NHS Trust. 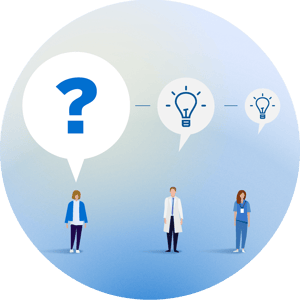 He then continued: “To try and improve on this for our surgical deployment, we engaged with our clinical director to provide some senior level assurance that engagement with the project and training was mandatory. From this, we were able to create a delivery group for the surgical deployment which saw a much greater uptake in training completion and overall engagement with other aspects of the project.”

People are more capable than they think they are

A seemingly logical part of the adoption process is to give the users enough support during implementation. However, this does not necessarily mean that a trust should provide users with overwhelming amounts of attention and training materials. As it turns out, a successful approach is much more mindful. Ann Mann, an eHealth specialist nurse at Somerset NHS Trust explains that it is crucial to find the right people to convey the message to the right people. Listening to the staff and putting one’s own assumptions aside is also essential. “People are more capable than they think they are. When we first started with OPENeP implementation on our first ward, we did not give users enough time and space to learn to use ePMA on their own. However, we were surprised at how quickly they adapted to the system. Later on, we changed our approach. When we were going around the wards, we talked to nurses, provided different ways of doing training, and gave them the opportunity to speak up so that they knew that anything they said was ok. We stepped back much quicker to give users space, but made sure we are there, on the ward. When people knew someone was available in case of questions or errors, it made a huge difference.”

While the examples above refer to the implementation of an electronic prescribing system, the message goes a long way to describe any introduction of technological changes. No matter how prepared a hospital is, it is almost impossible for things to go smoothly all the way through. Leadership is important, but the idiosyncrasy of the environment plays a role too. People are different, and the only constant is that unexpected obstacles will always come up.

The best source of industry information and best practices.