“I didn’t feel comfortable going with any other option than Better Meds.”

"Better Meds really provides intuitive support to our staff and enables them to deliver the best possible care to our patients," said Nicci Wilson, an ePMA Programme Manager from the Oxford Health NHS Foundation Trust.

Nicci, Lex, first, congrats on Better Meds being live in OHFT. As the usual process goes, you have first chosen a pilot ward, and then you will extend it to other locations, right?
Nicci: You are entirely correct. Initially, we went live in one ward. It was a clinically significant application, and we wanted to ease the Trust into it. So, we chose an older adult ward due to the widest range of medications. It’s a slow-moving ward, and the turnover of patients isn't high, which gave us a chance to test the system before moving on to other locations. We’ll be doing more now, and then we’ll roll out across all the hospitals. Some changes have been made since the initial pilot, and we’re thrilled with the way they were built on the work that has been done in it.

What were some of the benefits that made your trust go with Better Meds?
Nicci: Saving time was a major benefit and of course medical safety and reducing the number of clinical incidents. From the doctor's point of view, we have done some work on looking at how long it takes them to rewrite medical charts and quickly saw a meaningful amount of time saved.

Lex: Pharmacy wise, we were already seeing an impact on patient safety with ePMA only having been in about 3-4 weeks. And although it isn't measured at the moment, I think people seeing the change themselves whilst using the system has helped to build their confidence in what is being implemented. I see the benefits both from my ePMA lead perspective and my work as a clinician.

Are there benefits specific to a mental health setting?
Nicci: Of course, in community and mental health settings, a lot of patients are long staying patients, many of whom are on complex medications, and paper drug charts only last a month. A patient might even have two charts because of the amount of medication he is taking. There are doctors having to rewrite charts every month. Measuring the time it takes clinicians to redo charts against the length of time it takes them to put medications into the ePMA system once showed we're already saving time. Even though ePMA has been relatively new to them, there are still massive savings of time for clinicians. Of course, there is also less possibility for mistakes, so patient safety is an important benefit as well.

The other thing you have in mental health is really complex order sets. And to actually put that on a paper chart, again, it's another time issue. It takes a long time for a clinician to write it out and for a nurse to interpret what's written, and so through Better Meds, they can do it with a single click. In that sense, Better Meds really provides intuitive support to our staff and enables them to deliver the best possible care to our patients. 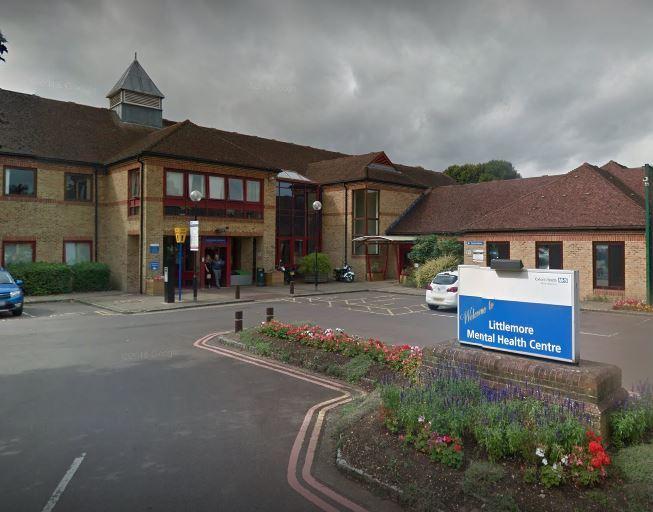 Regarding the patients, what are some of the benefits you have seen so far?
Nicci: As for the administration, we have the option of having patient photos. It’s important for new nurses to be sure that they’re giving medications to the right patients, and of course, giving the right medications without trying to interpret what’s on the paper chart. Certainly, the feedback I’ve got is that it’s much easier and that they’re happier administering medications because it's clearly stated what they have to give and to whom. Besides, they’re less concerned with what they are misinterpreting from the chart.

Obviously, there's the efficiency aspect, beneficial to the trust in the long run.

Another one is clinical safety. One of the major goals was to reduce the number of incidents related to medications. On the other hand, improving antimicrobial stewardship was also of key importance.

What was the experience with Better Meds system like?
Nicci: Overall, I have to say that from my experience with ePMA systems, this one is probably the most intuitive I've ever worked with. In fact, it’s the most clinician-friendly system I've seen. I've worked on and implemented others before, and found, from a prescribing point of view, that they were very wordy and required a lot of clicks that a clinician had to go through to prescribe and they don't want to do that. It’s also so easy for a nurse to use.

Of course, there are plenty of systems that allow you to prescribe flexibly, but I think there are fewer clicks in Better ePMA, and from a nursing administration point of view, it is much better than anything else I've ever seen. It's really visual and nurses take to it like ducks to water.

The first week we went on rounds with the system, they kept saying: “Is this it? Is this all I have to do?”

What was the process of implementation and working with the Better Meds team and their implementation partner CGI ?
Nicci: Better has been really flexible. They understood that mental health trusts have different needs to acute units and have been very receptive to working with us to make sure that the system suits the business. And rather than trying to sort that for the business, the work was for the solution.

Lex: I've worked with Better Meds for some time now, and on the whole, it's been really good working with them, especially on the mental health side of things. What I've really found is that they are so keen to understand it and to understand what we, the experts, need.

I’ve been advocating for Better Meds since day one, especially when comparing it to the other systems that were available at the time we first started.

As for CGI, it has been so useful having them onboard as well. Having had them all along the way with the team has been invaluable, they were always just a call away whenever we needed something, and so was Christine Wadsworth from Better Meds team.

How come you have been advocating for Better Meds so early on – and has it paid off?
Lex: I actually didn't feel comfortable going with any other option than Better Meds, and so IT had me on board from the very early days. I've always said – and speaking to other pharmacists during the procurement process, we’ve all said it – that Better Meds makes you feel confident in what you can do on it, whereas other available products don’t. And that comes both from the system itself and the fact that Better Meds are pushing to try and improve the system, which is something we don't see with other systems.

The other thing that makes us feel confident about it is that our staff like it. They are asking when they can have it. A lot of pharmacists who don’t like the implementation of electronic systems as they lack IT confidence, have said how intuitive the system is and how much it’s changed their day-to-day role for the better.

It is certainly a new challenge for the staff – how did they take it, overall?
Nicci: Well, during the Carenotes outage, when we were unable to use the system, we asked them if they wanted to revert to paper, for consistency, and there was a resounding no.

Lex: Normally, within 5 minutes of a new system being implemented, the complaints are going around, but I haven’t had a lot of them. And I haven't had a “this is a nightmare, why did we pick this system?”

People felt Better working how they needed it to work, it was intuitive and easy to use rather than clunky and stiff like other systems they had seen or used previously.

The best source of industry information and best practices.