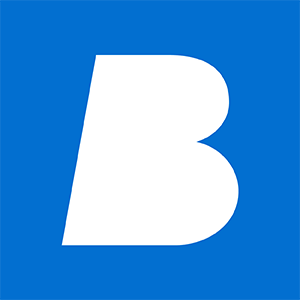 We are proud to announce that Better has been nominated for DIGITALEUROPE’s Future Unicorn Award 2021. Every year, the award showcases Europe’s most promising scale-ups. The 20 nominees – which include innovative young companies working in digital health, renewable energy, cloud computing, FinTech and more – hail from all four corners of our continent, and show the diversity of European innovation. The winner will be announced at Masters of Digital 2021, DIGITALEUROPE’s annual flagship conference, which will be held online this year on 3 and 4 February, 2021.

Tomaž Gornik, Better’s CEO said: “At Better, we believe that such nominations recognise our efforts and confirm the breakthroughs and quality of our innovative digital health development, which is aimed at improving patient care. We are also convinced that this nomination at the European level will make a significant contribution to our future expansions on a global level.”

Cecilia Bonefeld-Dahl, Director-General of DIGITALEUROPE, said: “Today, only 12 % of the world’s Unicorns are from Europe. This is nowhere near enough. At DIGITALEUROPE, we believe that at least a quarter of the world’s fastest-growing, most innovative companies should be European. Together with our national associations, we have gathered an impressive shortlist of the most brilliant start-ups across Europe. These are the companies that have what it takes to grow and become the next European Unicorn.”

The Future Unicorn Award is a collaboration between national trade associations affiliated with DIGITALEUROPE. Each national association nominates one small company from their country that has the potential to become Europe’s next tech leader. The award is now being held for the fourth year in a row, and is a testimony to the vital importance of SMEs in Europe and the wider digital ecosystem.

DIGITALEUROPE’s Future Unicorn Award nominees make up a pan-European selection of 20 outstanding digital companies from a variety of sectors – including e-health, FinTech and energy – and cover 13 countries.

The winner will be announced at Masters of Digital 2021, DIGITALEUROPE’s annual flagship conference, on 4 February, 2021. This year’s edition, which will be held for the first time online, has already confirmed several top EU leaders as speakers, including President of the European Commission, Ursula von der Leyen, and President of the European Council, Charles Michel.